Hong Kong society has returned to stability after implementing the Hong Kong National Security Law and “improving the electoral system”. Nevertheless, some social problems and deep-seated contradictions accumulated over the years remain to be resolved. The Government should capitalize on the current good momentum and introduce drastic reforms to set a clear blueprint for future development. 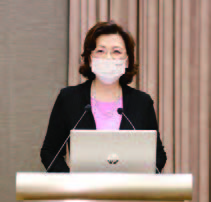 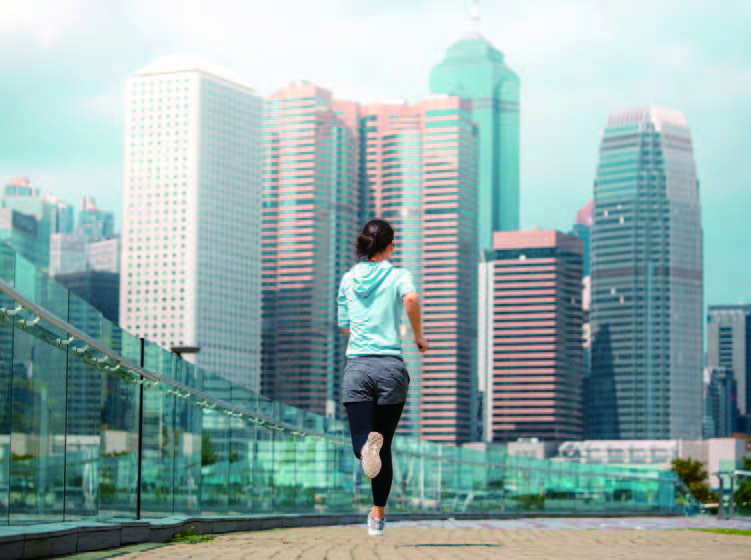 Eva Cheng, President of Our Hong Kong Foundation, said that in the new political environment, the HKSAR Government must make great efforts to solve the deep-seated contradictions that have plagued Hong Kong society for a long time.

In this new situation, the Central Government will accordingly have substantially higher requirements for people governing Hong Kong. As Xia Baolong, Director of the Hong Kong and Macao Affairs Office, pointed out, those who administer Hong Kong need to be good at fully and accurately implementing the “one country, two systems” principle throughout their administrative work, resolving various contradictions and problems hindering Hong Kong’s development, serving the people for real, uniting all sectors of Hong Kong society, as well as be exemplary in total dedication and commitment to their job and responsibilities. Cheng believes that those who administer Hong Kong for the foreseeable future must have considerable capabilities.

Cheng noted that the HKSAR Government has become more proactive and prolific recently. “For instance, Chief Executive Carrie Lam earlier proposed to split the Transport and Housing Bureau and to set up a Culture, Sports and Tourism Bureau. In the long run, the Government should abandon the conservative thinking of ‘big market, small government’ and ‘active non-intervention’ of the past. It should continue to adjust the government structure, improve its functions, reform the civil service system, and establish a strong government.”

Regarding the view that “improving the electoral system” will weaken public supervision of the Government, Cheng believes that such a worry is overdone. It is not going to be whatever the Government says goes since the major pro-establishment parties have always played a supervisory role and members of the Election Committee have a supervisory function, while there will still be public opinions, public sentiment, and various kinds of opinion polls. She believes that the Legislative Council will return to normal functioning and the relationship between the executive and the legislature will also improve significantly in the future. She looks forward to a new chapter of good governance.

Stephen Wong: Fasttrack New Territories development to give people a secure roof over their heads 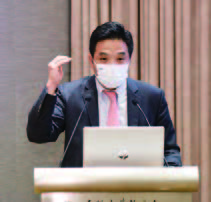 At present, the housing problem is the most pressing one for the Government. Our Hong Kong Foundation has recently released a policy research report, making proposals for Hong Kong’s future land and housing policies. Stephen Wong, Senior Vice President and Executive Director of Public Policy Institute of Our Hong Kong Foundation, pointed out that Hong Kong’s supply of private flats and public housing for the next five years is seriously inadequate, with a shortfall of as many as 120,000 units. Therefore, the Government should increase the supply of land and housing through various means.

“Short-term housing supply in Hong Kong is currently in severe shortage, and longerterm supply such as that from the ‘Lantau Tomorrow Vision’ cannot meet this urgent need. Right now, it is more feasible to ease the immediate difficulty by getting some of the units that are originally slated for completion in the next 6-10 years completed ahead of schedule.” He added that urban areas currently account for only 20% of the land in Hong Kong, which points to plenty of room for improvement compared to neighboring Shenzhen and Singapore. Therefore, besides the planned new development areas, the Government should develop the land in New Territories North on a large scale in order to solve the problem of land and housing shortages in the long term.

In Wong’s view, there is potential for developing more well-planned new towns in New Territories North. He suggested to develop culture and technology corridors in the Lo Wu and Lok Ma Chau areas; establish modern logistics and business circles in the northwest, near Qianhai; and create living and recreation spaces in the Kam Tin area for Hong Kongers. Meanwhile, construction of new roads and railway networks should be accelerated to improve the external connectivity of the new development areas. “Hong Kong’s current housing problem is largely the result of halting the development of new towns in the past 20 years. We should not waste any more time.”