Since Hong Kong’s return to the motherland 24 years ago, Hong Kong has taken an extraordinary journey of constitutional development. Implementation of the pioneering “One Country Two Systems” concept has been an exploratory process. Feeling our way forward, we have summed up experience and perfected all systems. Backed by the motherland’s great strengths, Hong Kong continues to enjoy a promising future. 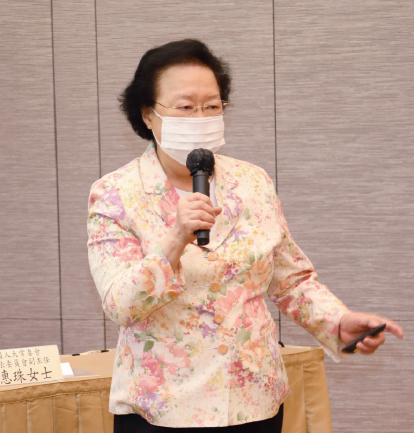 Maria Tam, Deputy Director of HKSAR Basic Law Committee of the NPC Standing Committee, opines that there had been a misconception in the past about Hong Kong having separation of powers as in the west after returning to the motherland. In reality, however, Hong Kong has always adopted an executive-led political system since then.

Executive-led is the constitutional bedrock of Hong Kong

Tam continues to explain that the executive-led doctrine is best demonstrated by the LegCo bill procedures. For a start, bills proposed by the government usually have priority. LegCo members can propose bills but there are several restrictions. For example, they may not propose any bills that involve fiscal policies, government operations and political structure, and bills involving government policies must be submitted to the Chief Executive for prior written consent. As for voting procedures, they are also conducted under the executive-led principle. “Government bills only require a simple majority vote of half the members present, whereas bills proposed by members require a vote of half the members present in each of the functional constituency and directly-elected groups, i.e. voting in groups.”

NPC’s interpretation serves as a transformer

Commenting on the legal system, Tam points out that the PRC Constitution is the supreme law of China. It is the mother law of Hong Kong’s Basic Law. Given this relationship, the Constitution is generally applicable to Hong Kong. In actual practice, the Basic Law states that Hong Kong has legislative power but all enacted ordinances must be filed with NPC for record. Legislation on the relationship between Central and local authorities and purview of the Central Authorities or legislation in conflict with the Basic Law are returned to the Legislative Council for reconsideration. Nevertheless, respecting that Hong Kong is vested with legislative power, NPC will not amend legislation voluntarily.

For historical reasons, Hong Kong has continued to practice common law after reunification while China practices civil law. “There must be a transformer between two different law systems; otherwise, any conflict would prove catastrophic.” Tam recalls seeking reference from the European Union during the drafting of the Basic Law. “EU members signed the Treaty of Rome. In the event of dispute arising from law provisions, the matter would be submitted to the Court of Justice of the European Union in Luxembourg for interpretation prior to final adjudication. Such interpretation is binding on all member states. It is a transformer of the EU system. Subsequently, we established the NPC interpretation mechanism based on this example.”

Tam points out that the NPC interpretation mechanism was activated five times after Hong Kong’s reunification. It worked well to straighten out differences in the Mainland and Hong Kong law systems. In addition to law interpretation, NPC can also pass binding “decisions” to exercise overall jurisdiction over Hong Kong. “As a general rule, Hong Kong may resolve all resolvable issues under the Basic Law. For matters that cannot be resolved or involve sovereignty under the “One Country” principle and purview of the Central Authorities, NPC may provide assistance by passing ‘decisions’. ”

She continues to say that Sections 31 and 62 of the PRC Constitution form the legal basis for NPC “decisions”, which are binding on Hong Kong and the mechanism is fully accepted by Hong Kong courts. Since Hong Kong returned to the motherland, NPC made “decisions” on Hong Kong issues on several occasions. These include leasing Shenzhen Bay Port to Hong Kong for co-location clearance, authorizing Mainland customs and immigration officers to carry out duties at the Hong Kong West Kowloon Station Mainland Port Area for co-location clearance, and confirming such arrangements were compliant with the Basic Law. “It was anticipated there would be issues beyond Hong Kong’s capacity that require additional mandate from the Central Authorities when we drafted the Basic Law, and Section 20 was enacted for this very season. The Central Authorities’ foresight and all-round consideration are evident.” 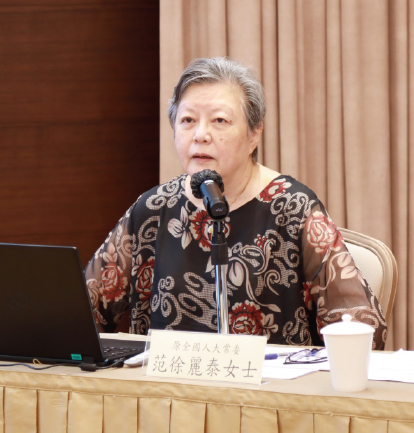 In March this year, the NPC adopted a decision on improving Hong Kong’s electoral system (the “Decision”), marking a new chapter in Hong Kong’s constitutional development. Rita Fan, a former member of the NPC Standing Committee, believes that the NPC made the Decision because Hong Kong has been plagued by all kinds of chaos after the election of members to the sixth Legislative Council, leading to reduced social governance effectiveness and stagnated democratic development. Put simply, the Decision aims to push aside chaos to restore order and return to the original intent of “One Country, Two Systems”. 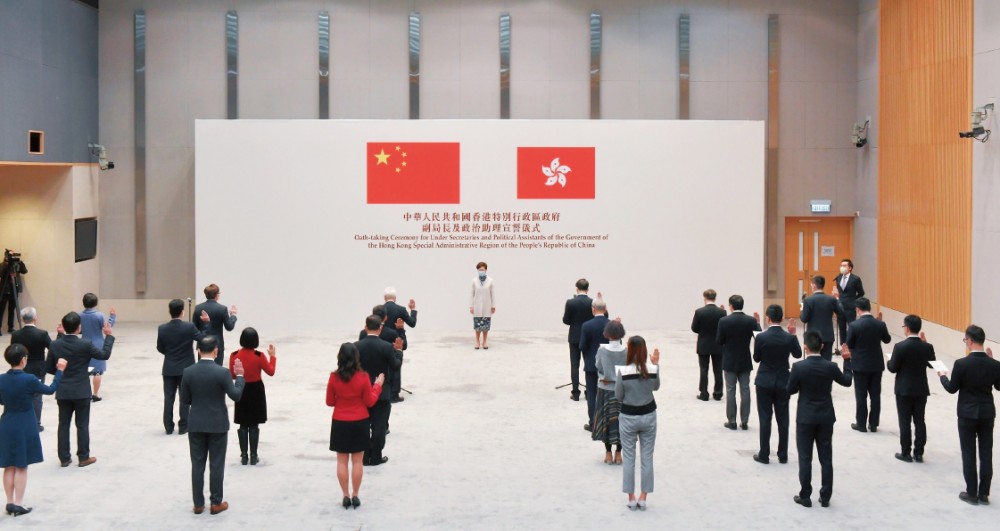 What is the original intent of “One Country, Two Systems” ? Fan believes that the most important of which is to ensure that Hong Kong is administered by patriots. “Actually, in 1984, Deng Xiaoping mentioned that ‘Hong Kong people ruling Hong Kong’ should mean the administration of Hong Kong affairs by ‘Hong Kong people, with patriots forming the main body of administrators’; the criteria for a patriot are to respect one’s own nation, sincerely support the Motherland’s resumption of exercise of sovereignty over Hong Kong, and not to do any harm to Hong Kong’s prosperity and stability.”

She added that the criteria set by Deng are clear and easy to understand. People just need to be assessed against the criteria to determine whether they are patriots. For example, those who openly use the term “Zhinaren” to call their own nationality, support the “independence of Hong Kong” or support “mutual destruction” are obviously not patriots. “Under the current political system, ‘One Country, Two Systems’ has been derailed from the right track because non-patriots took advantage of the loopholes in the system to enter Hong Kong’s government organs.”

Improving the relationship between executive and legislature

Under the new electoral system, the Election Committee’s functions have increased considerably. It is not only responsible for electing the Chief Executive, but also for nominating and electing some members of the Legislative Council. Fan noted that the basis for Hong Kong’s political system after reunification should have been executive-led, but unfortunately, with the exception of the first and second Legislative Councils, the sources of power for Legislative Council members and the Chief Executive are completely different, which is not ideal. “The electorates for the two are completely different, leading to long-lasting conflicts between the executive and the legislature, which greatly affects the administrative efficiency of the executive.”

She believes that even in the US, the ruling party’s governance efficiency will be greatly affected if it fails to secure a majority of seats in Congress. Its policies to improve people’s livelihood will also be severely delayed, and it is the people who will ultimately suffer. Under the new electoral system, the Election Committee is responsible for electing the Chief Executive and 40 members for the Legislative Council, so the electorates for the two will become more consistent, thus greatly improving the relationship between the executive and the legislature.

Some people worry that the promise of double universal suffrage will not materialise after the electoral system is improved. However, Fan explained that people do not have to worry about it because Zhang Xiaoming, Deputy Director of the Hong Kong and Macao Affairs Office, has clearly stated that the Basic Law’s commitment to double universal suffrage in Hong Kong has not changed at all. “With regard to the progression of universal suffrage, the Basic Law stipulates that it is necessary to move forward ‘in the light of the actual situation in Hong Kong and in accordance with the principle of gradual and orderly progress’. In the past, some people only pursued ‘one person, one vote’, but can people benefit from such an electoral system? We have gone the wrong way before, but now we are just getting back on the right track. The goal of universal suffrage has not changed.” This is an abstract of the CGCC National Studies Classes: “Implementation of the PRC Constitution and the Basic Law in Hong Kong” and “Analysis of Hong Kong’s New Election System”.