The results of the 2020 US presidential election are concluded. Joe Biden, the Republican candidate who has played a vital role in US politics for more than half a century finally claimed victory. With the new US president soon taking office, the Trump era is also coming to its end. How would the election results affect US state policies? What does it mean for China-US relationship, or the development in global politics and economics? 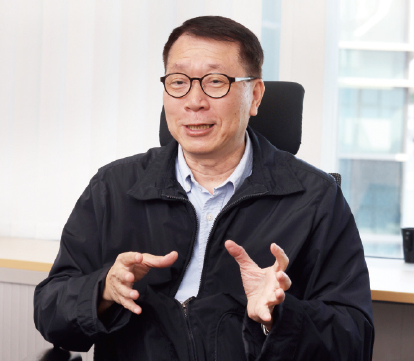 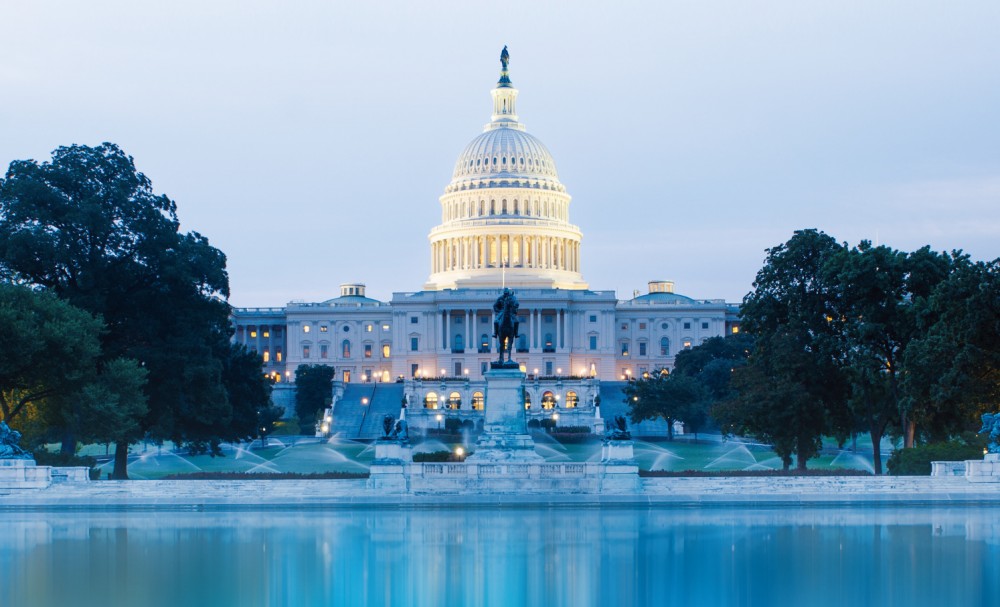 “Make America Great Again” was the slogan of Trump’s election campaign. He advocated large tax cuts, lifting restrictions, tightening immigration in an attempt to restore the “golden era” of the US in the 1950s. Biden, on the other hand, hailed “Battle for the Soul of the Nation”, and vowed to achieve economic equity, to restore cracked alliances, to work towards net-zero carbon emissions, and to strive for the unity of the nation for the betterment of all people. According to Francis Lui, Emeritus Professor, Department of Economics, Hong Kong University of Science and Technology, the main task of the new US president is to heal America. “I do not think there will be immediate radical moves after Biden takes presidency. We shall see alleviation in the China-US trade war.”

Bleak outlook for the US economy

Lui noted while the US GDP accelerated in the third quarter, the drop in Q2 but was too sharp and unemployment rate also shot up. Added with the endless financial reliefs and quantitative easing in Trump’s COVID response, US commodity prices have been affected and the USD is depreciating. “Many countries have purchased US bonds. Depreciation of the greenback means other countries will have to help compensate the US deficits. They will certainly not be happy and will cut back on purchasing bonds. In the long run, the US economy will suffer.” As for Biden’s fiscal policy, Lui said he is not at all optimistic. He thought Biden may repeat what the Democrats did in the past. The US is at the end of its tethers and current circumstances do not allow optimism. The country does need to recuperate.

In terms of diplomacy, the US was a nation obsessed with “exits” during the four years of Trump’s administration. Biden has repeatedly stated that if he successfully becomes US president, his first and foremost mission is to announce to other country leaders that “the US is back, you can trust us”. He also pledged to rejoin the Paris Climate Agreement, the World Health Organization, the Iran Deal, etc. Yet, Lui opined that foreign relationships of the US have been battered so badly that trust would be very difficult to rebuild. 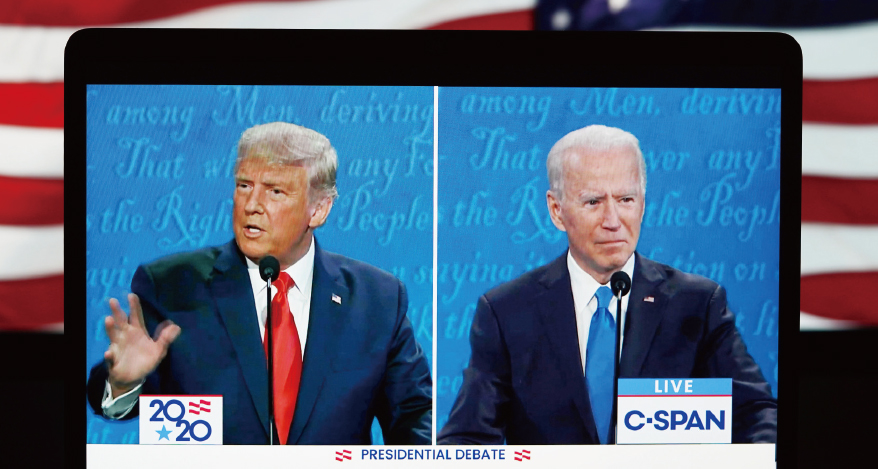 Trump is an unpredictable aggressor who never plays by any book. Lui thought there would be higher “predictability” in Biden’s actions and administration. Speaking of how this election would impact global politics and economics in future, Lui thought the government established by Biden will be a critical factor.

To what degree would Hong Kong be affected amidst China-US tensions? “Not much, because Hong Kong is not important for the US Issues about Hong Kong are not a major agenda item for Biden.” Lui believed that Biden will not instantly change the US stance and policy towards Hong Kong in the short run. This is a matter of face. Any drastic move would make US policies look undecisive and unpredictable. Lui reckoned Biden would be even more low-profile towards Hong Kong issues.

US will not benefit from a lasting trade war

China-US relationship has always drawn much attention. Lui believed Biden would reverse the hardline China policy of the Trump era and mitigate the China-US trade war. “The US economy has been hard hit by COVID-19, and 3 million jobs were lost. On the contrary, China is recovering very quickly and recording positive economic growth. The US will not benefit if the China-US trade war continues.”

Lui stressed that China’s economic development has already surpassed the US in many levels and challenging the global leadership of US “China is the world’s largest trade nation, but the US is only the second. Other countries may not dare to offend America, but they would consider if investing in China is a better option than investing in the US.” He reckoned that many countries are swinging between the two power nations and trying to identify room for survival – this is indeed a major and difficult issue. 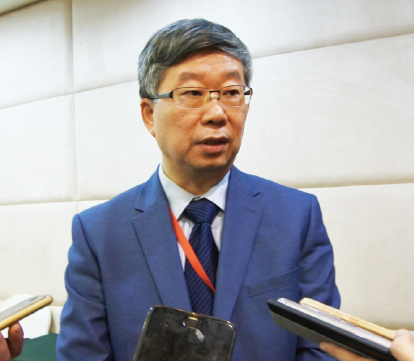 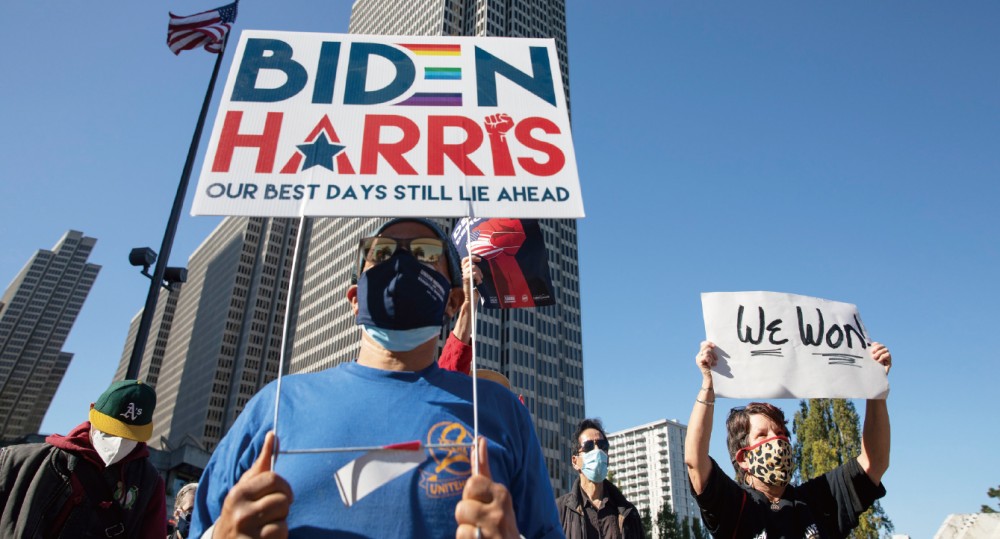 Even as Donald Trump refuses to concede the US election, Joe Biden is currently assembling his Cabinet following confirmation from the US General Services Administration that he can begin transition. Richard Hu, Honorary Professor at the Department of Politics and Public Administration of the University of Hong Kong and Dean of the Faculty of Social Sciences of the University of Macau, believes that Biden will likely re-examine Trump’s hawkish policies and would not continue the excessive economic and trade pressure on China. Coupled with the ongoing severe COVID-19 pandemic in the US, Biden is likely to give priority to domestic issues after taking office, and foreign affairs will not be on his immediate agenda. His basic foreign policy would gradually take shape after about six months to one year.

“Americans have widely divergent views on domestic issues, but they are unanimous in terms of foreign policy, especially towards China, as they think China will be the biggest threat to the US. Certainly, to varying degrees.” Hu explained that Biden’s policy towards China basically assumes that China is the biggest competitor, so the competitive dynamics between China and the US will not change dramatically. However, there should be changes in style and approaches, as well as in the key areas of competition and intensity of conflicts. In addition, when the new US administration takes office, it will mostly likely reflect on and review its predecessor’s policies during the greater part of its first year, which may ease the tensions between the two countries to some extent.

However, the ideology of US Democrats generally represents the ideas of many intellectuals in the country, such as their beliefs in freedom, democracy and human rights, which they will extend to international affairs. Therefore, Hu believes that the Biden administration may continue to maintain strong pressure on China on certain ideological matters, which could be a more difficult issue between the two countries. Nevertheless, he noted that Biden’s China policy is different from Trump’s “new cold war plus complete decoupling”, so he remains optimistic about China-US relations going forward. He believes that with the joint efforts of the two countries, the tensions between them will ease to some extent if they deal with each other properly.

Regarding economic agenda, Hu said that Trump had exerted a lot of economic and trade pressure on China over the past four years, which most US Democrats disagreed with from an economic standpoint, because both sides suffered, i.e. the US itself had to pay a very high price. Therefore, the new administration should re-examine this approach. “The new administration will take the US’s own interests into account and will not want to continue this self-destructive, hostile trade policy.” Coupled with the complaints filed by thousands of US businesses suffering losses as a result of the COVID-19 pandemic, Biden is set to re-examine the economic policies during the Trump era, he said.

Hu expected the new administration to be more inclined to believe that the core of the strategic China-US competition is technological strength, i.e. the innovation capabilities of both countries, so it should continue to pressure or even block China in terms of advanced technology. Nonetheless, on some specific issues, such as the treatment of Huawei, it does not appear to be exactly the same as Trump.

With regard to international relations, Hu believes that the Biden administration, as part of the US Democratic establishment, will return to the old path taken by Obama and Clinton to some extent, i.e. to act as a world leader. They will focus on rebuilding the image of the US in the international arena and restore its global leadership. “The Biden administration should re-join some of the international organisations that the US had withdrawn from during the Trump era and place more emphasis on strengthening soft power instead of simple short-term economic benefits. In this regard, longer-term planning is needed, and their goal, naturally, is to restore the US’s status as a world leader.”