Have you ever thought that AI can be a Chinese ink painter, completing the whole process from drawing, dipping ink, pressing the brush to controlling changes in the gradient of ink all in one go? AI landscape painting is redefining Chinese ink art. 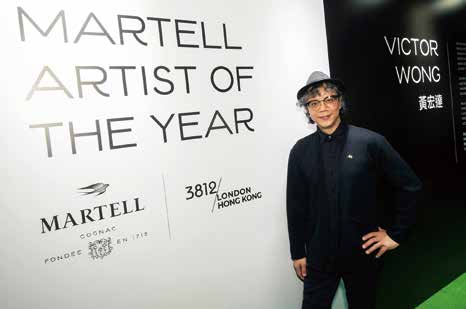 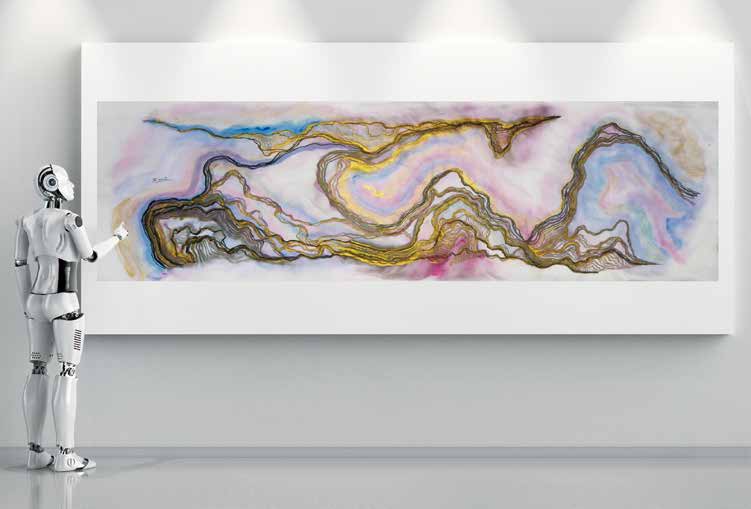 Victor Wong, renowned Hong Kong film director for special effects, has been engaged in TV advertisement production and movie special effect design for many years. He is the proud winner of numerous awards, including the Hong Kong Film Award for Best Visual Effects and many accolades from overseas. However, Wong never stops seeking creative breakthroughs. He hopes to decorate his art career with new innovations.

Wong learned how to make lanterns when he was a child. The experience made him pay more attention to the details of life around him and sowed the seeds of art creation. After graduating from the Department of Electrical and Computer Engineering at the University of Washington, he returned to Hong Kong in 1989 and launched his creative art career by coming on board the TV advertisement and movie visual effect sectors. 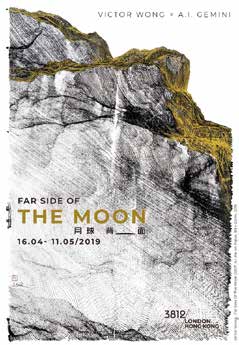 In 2014, Wong successfully adapted the ink horse painting by virtuoso Chinese painter Xu Beihong into 3D animation. Since then, he has developed a strong interest in Chinese ink which he knew very little about. “Xu Beihong’s ink paintings of horses are priceless because they are scrupulously composed like western art.” Leveraging on his unique background as a special effect professional, Wong came up with the idea of combining AI of the west and ink painting of the east.

Wong and his team spent three years to produce AI ink painter Gemini. “Gemini’s robotic arm can draw paintings based on physical data of nature like temperature and rainfall. This information is added to basic painting skills and composition knowledge that have already been inputted. There is no way to predict how his works will turn out and every piece is a pleasant surprise.”

Far Side of the Moon series gained recognition 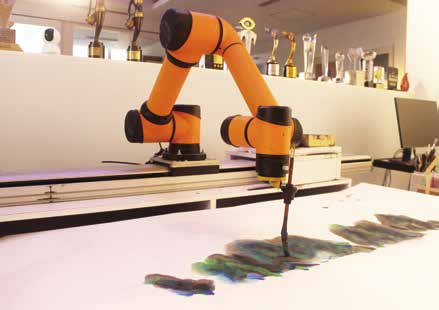 “Cultural heritage and points of interest vary among countries and regions.” In 2019, Wong was invited to host his first solo exhibition in Europe. The event coincided with the successful landing of Chang’e 4 on the far side of the moon. It gave Wong inspiration to create his Far Side of the Moon series. Making use of NASA’s 3D observation data and adding shimmering powder to ink, Gemini created 23 stunning ink paintings of the far side of the moon. 16 of them were purchased by collectors and the series received high acclaim overseas.

That creative journey further convinced Wong that art and details of everyday life are inseparable. “A single art piece will incite different interpretation, realization and feelings from different people. There will never be just one opinion. That is the pleasure of art creation.” 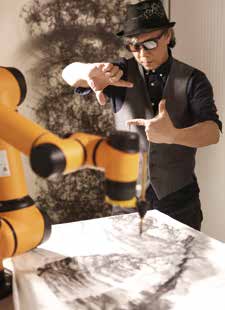 Combining AI with art is not anything new. Some years ago, a French art organization inputted 15,000 14th to 20th century portraits in a computer and used AI to create a new painting based on these classics. That finished painting fetched 60 times its valuation price. Wong said, “I believe such ‘self-developing’ AI autonomous art creativity is full of potential. It will be a major direction for future development.”

Wong also cited the example of master sculptor Ju Ming who carved sculptures with styrofoam. He thinks art must avail itself of people, events and objects of the moment. In retrospect, we can see the whole creative journey. “I find great satisfaction in using media from different periods to create ink paintings that can only emerge at a particular moment in time.” 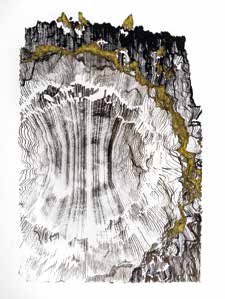