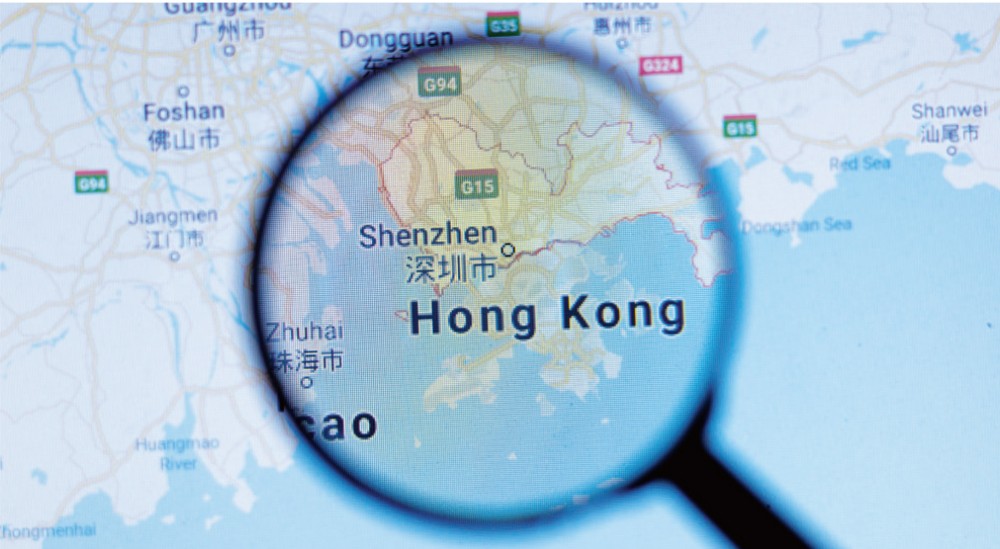 At a grand gathering marking the 40th anniversary of the establishment of the Shenzhen Special Economic Zone (SEZ), President Xi Jinping highly affirmed Shenzhen’s achievements and expressed high hopes for the city, calling on it to build itself into “a pilot zone for socialism with Chinese characteristics” and “an important engine for the Greater Bay Area” to form a new pattern to expand opening-up on all fronts, as well as enrich the new realities of the development of “One Country, Two Systems”.

President Xi’s speech sparked speculation about Hong Kong’s status, which some people interpreted as the central government’s desire to replace Hong Kong with Shenzhen, or even to use Hong Kong as a satellite city to serve Shenzhen. However, Hong Kong and Shenzhen do not have a direct competitive relationship. Rather, each has its own strengths that can complement and mutually benefit each other for the development of the Greater Bay Area in support of the country’s strategic initiative. Against the backdrop of the new landscape of strategic competition between China and the US and the weakening of economic globalization, Hong Kong will fall back if it stops moving forward. As a frontier of the country’s reform and opening-up and having successfully transformed into a science and technology hub, Shenzhen naturally bears the responsibility of improving the socialist market economy system with Chinese characteristics and plays a part in improving the socialist system in the development of “One Country, Two Systems”. Hong Kong does not have to worry too much. Nor should it undervalue itself. The country will not abandon Hong Kong as “One Country, Two Systems” is a fundamental national policy. Every crisis comes with opportunities. Hong Kong must not be complacent and continue to be stuck in the old ways for years to come. Instead, it should recognize its own strengths, establish its path for progress, look farther ahead, and broaden its horizons. It should capture the historic opportunities in the Greater Bay Area and strengthen mutually beneficial cooperation with Shenzhen.

Under “One Country, Two Systems” and the Basic Law, Hong Kong as an international financial center and a free port has a special status and unique strengths in China’s opening-up to the rest of the world. Since its common law regime, financial market system and talent pool established over the past century are in line with international standards, Hong Kong is up to the task of being an offshore RMB center. It is also best positioned to become a pilot site for cross-border digital RMB experiments and is a bridgehead for RMB internationalization. Hong Kong is a window to attract foreign capital. For more than a decade since 2009, 60-70% of China’s foreign capital has been channeled through Hong Kong, which has been playing an important role in the “dual circulation” between China and the rest of the world. Besides helping Mainland enterprises to get public listed in Hong Kong, Hong Kong can also bring in funds to help Shenzhen’s high-tech companies raise capital and form a funding chain.

As the Greater Bay Area has two systems and three jurisdictions, the key to its development lies in the alignment of rules and mechanisms. The HKSAR Government has indicated that it is studying the feasibility of “adoption of Hong Kong’s laws for Hong Kong enterprises”, whereby Hong Kong enterprises in the Greater Bay Area may choose to use Hong Kong’s laws as the applicable law for civil and commercial contracts, and for the arbitration of contract disputes to be conducted in Hong Kong. If successfully implemented, it will undoubtedly attract more businesses to invest in the Greater Bay Area, thus boosting its prosperity. Hong Kong can also further consolidate its status as an international legal and dispute resolution service center in the Asia-Pacific region.

Regarding expansion of space for development, Hong Kong should actively integrate into the development landscape under the country’s 14th Five-Year Plan and capture the historical opportunities in the Greater Bay Area to strengthen mutually beneficial cooperation with Shenzhen. As the most mature bay area in China and armed with the highest degree of openness and the strongest economic dynamism, the Greater Bay Area is well positioned to become a top international-class bay area and world-class city cluster. The Greater Bay Area’s GDP reached RMB11.6 trillion in 2019, an increase of 6.7% over 2018. Its economic aggregates were comparable to those of the Bay of Tokyo, New York Bay and San Francisco Bay Area. It has broad prospects for development as the flow of people, goods, capital and information in the area will become more interconnected with the improvement of its transportation networks and alignment of its mechanisms. Hong Kong and the other cities of the Greater Bay Area work hand in hand to deepen cooperation and coordinated development, and build the Shenzhen-Hong Kong Science and Technology Innovation Cooperation Zone in Hetao District, which will not only facilitate Hong Kong’s economic diversification and industrial upgrading and transformation, but also expand the Greater Bay Area’s achievements, making the sum of its parts greater than the whole (9 +2 > 11).

As an economy highly dependent on external factors, Hong Kong needs to integrate organically with the surrounding economies. In the process of market integration in the Greater Bay Area, Hong Kong’s inherent competitive industries, such as finance, logistics, professional services and creative industries, can contribute while getting a share of the Greater Bay Area’s development achievements. Hong Kong will miss the boat if it continues to hold itself back and does not cherish the new opportunities in the Greater Bay Area, and it will not only be marginalized, but may even be reduced to a second-rate city.

Currently, 500,000 Hong Kong residents have moved to live in the Mainland, 250,000 Hong Kong residents are working there, and 16,200 Hong Kong students are attending the Mainland’s institutions of higher learning. Every year, the Education Bureau offers about 100,000 exchange places for students to join at least one Mainland exchange programme in their primary and secondary stages of education. However, most young people in Hong Kong have a biased perception against the Mainland and resist the motherland. As young people are the future of our society, it is imperative to strengthen education on the Constitution and the Basic Law, including the national anthem and national security. The languages and cultures of the cities in the Greater Bay Area are similar, so leveraging the major cooperation platforms of the area to enhance communication and interaction among young people will help strengthen their inclination towards the motherland. Hong Kong’s young people should also look farther ahead and use their expertise to open up new horizons in the Greater Bay Area.

Hong Kong and Shenzhen are like “twin cities”, working together to develop the Greater Bay Area to facilitate “internal circulation” and “dual circulation” in support of the country’s strategic initiative. By capturing the new opportunities in the Greater Bay Area, Hong Kong can contribute to the country while continuing to inject new impetus into its own economic development, so why not go ahead with it?