The vast majority of Hong Kong residents wholeheartedly wish to see social order restored and the police return to fighting crime, and as extra personnel and equipment would protect lives and property, such proposals deserve support. 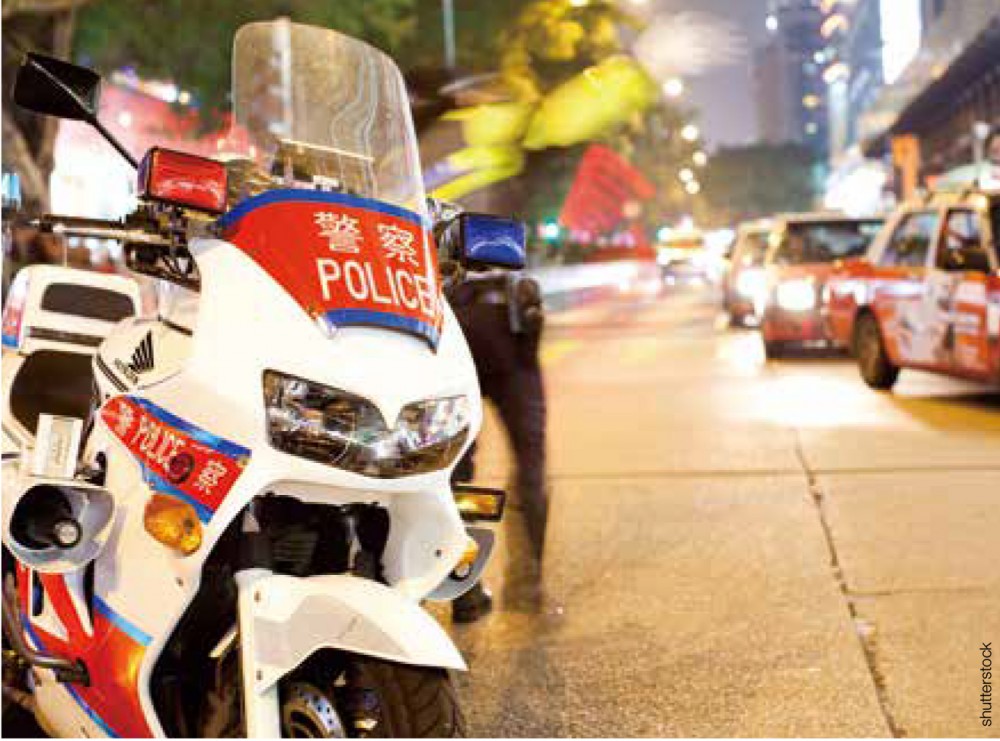 Before June 2019, Hong Kong was one of the safest regions in the world. However, in the Safe Cities Index 2019 published by the Economist Intelligence Unit following the storm over the amendment bill, Hong Kong fell 11 places from 9th place in 2017 to 20th; while in the Global Institute of City Competitiveness’s 2019 China’s Safest City Rankings, Hong Kong tumbled from 1st to 13th in 2019. In 2019, Hong Kong recorded a total of 59,225 criminal cases, an increase of 5,000 cases, representing a 9.2% rise from the 2018 figures. There was a marked increase in violent crime, with the number of young offenders increasing dramatically. This “scorched-earth” form of violence has not only caused a dramatic fall in Hong Kong’s public security, but also intensified the fragmentation of society, affecting the Hong Kong economy and people’s livelihoods.

The Police Have an Important Duty to Perform

Police bear the burden of the fight against crime and have the vital responsibility of protecting the lives and property of Hong Kong residents, making their work indispensable. The safety and stability of society is the basis for the stable development of Hong Kong’s economy and people’s livelihoods, and the amendment cut back the annual operating budget for Hong Kong Police Force, reduced remuneration and special service payments for police, and slashed the budgets for witnesses, prisoners and deportees, which has undoubtedly had an effect on the normal operation of the Police Force. It is a form of “scorched earth” politics that overlooks the importance of public order, gives people a license to commit crime, and disregards people’s livelihoods.

Police expenditure in this year’s budget bill has attracted a great deal of attention or dispute for two main reasons: First, the relevant budget expenditure has been significantly increased; and second, some people have expressed considerable dissatisfaction with the Police Force’s standards and methods of enforcing the law, and believe that the police are “using taxpayer’s money to buy weapons and equipment to attack the Hong Kong people.”

To address the first point and determine whether the additional budget expenditure is worthy of support, it is essential to consider whether it is actually necessary. Budget expenditure on the Hong Kong Police has increased by HKD2.1991 billion from last year’s revised budget, and the police plan to recruit an additional 2,543 personnel. As the COVID-19 pandemic gradually receded in Hong Kong in late April, the “scorched earth” trend has begun to emerge again. The “Sing With You” gatherings on 26 April in Taikoo Shing and on 28 April at the International Finance Centre not only violated the ban on gatherings, but some of those present even went as far as to raise the flag of Hong Kong independence. By May, the gatherings had evolved further into violent confrontations, with a 15-year-old boy at the gathering on 1 May throwing a petrol bomb at a police vehicle, while a student “reporter” aged just 12 appeared at the Mother’s Day gathering.

The arsenal of weapons uncovered by police over the last few month includes the homemade bombs often used by terrorists around the world, explosives, remote control devices, 2.6 tons of chemicals, a bomb-making laboratory, an AR-15 assault rifle, and more than a thousand rounds of ammunition; a healthcare worker strike demanded the closure of the border with the Mainland, and there were bombings in public facilities or important transport links such as Caritas Medical Centre, Shenzhen Bay Port and Lo Wu Station. These are not random events, but rather the first seeds of terrorism sprouting in Hong Kong. Dealing with the relevant illegal activities is an extremely difficult task, and there are genuine operational needs that require increases in police numbers and additional equipment. Especially at a time when the Hong Kong economy is declining dramatically and unemployment rates are climbing, the vast majority of Hong Kong residents sincerely hope that social order will be restored and the economy will recover as soon as possible. As the police fight against crime, extra personnel and equipment would protect lives and property, and this work to provide a stable social environment for the Hong Kong economy and people’s likelihoods deserves support.

Freedom Does Not Mean There Are No Limits

It is true that the Police Force urgently needs more people and equipment, but it is even more important to address the issue of how this is managed, and how such people and equipment is used. Concerns about police standards and methods of law enforcement are the fundamental reason that part of society opposes the additional police expenditure in the budget bill, and that some legislators have proposed amendments in this regard. First, in terms of powers, Article 10 (Section 232) of the Police Force Ordinance states that the Police Force has a statutory duty to maintain public safety and order. While Article 27 of the Basic Law ensures that Hong Kong residents enjoy freedoms including the freedom of assembly and freedom to demonstrate and protest, but freedom does not mean that there are no limits. Since June last year, Hong Kong has had more than 900 protests, demonstrations and public gatherings. Many of those evolved into violent and illegal behaviour, as we have all witnessed. The transformation of universities into bases for manufacturing petrol bombs and hideouts for criminal rioters is unprecedented. If criminal acts are not investigated, and those responsible for enforcement see criminal activity but do not enforce the law, where is there left for the rule of law to go?

A considerable number of people in society are critical of “police brutality”, and it is true that there are guidelines for the use of force by police in the course of law enforcement operations; however, it is inevitable that there will always be a few “bad apples” in terms of law enforcement and individual character, and some police officers may indeed be under suspicion of using excessive force. Hong Kong has seen an almost insane level of violent conflict over the last few months, but since June last year, not one person has lost their life as a result of police action to enforce the law, while lives have been lost as a result of the actions of rioters. Doesn’t this tell us something?

The Independent Police Complaints Council Report Should be Carefully Examined

The key issue is whether the existing mechanisms can deal with the relevant people in a timely and effective manner, and rectify the Police Force’s methods of dealing with incidents. The existing mechanisms for dealing with such issues include the Independent Commission Against Corruption (ICAC) case involving bribery among police officers in relation to opposition to the amendment bill, the Independent Police Complaints Council (IPCC) mechanism for complaints against the police, and the Police Force’s internal disciplinary procedures.

The IPCC’s special report published on 15 May examined areas including the controversial “incidents of 9 June, 12 June, 1 July, 21 July, 11 August and 31 August” that attracted great public attention, as well as addressing the issues of police officer identification and detention arrangements at San Uk Ling Holding Centre, and looking at the views of police personnel, the media, and members of the public; the report also made 52 recommendations to improve police operations. The Independent Police Complaints Council’s 26 members are drawn from different backgrounds and professions, and spent nearly a year gathering and reviewing materials. The entire report is objective and focused on the relevant issues, and is intended to bring out the facts. We should carefully review the IPCC report and make improvements to police operations in accordance with its recommendations. The Security Bureau has already formed a task force at the request of the Chief Executive to convene meetings to follow up on the IPCC recommendations, formulate a plan of action, and prioritize relevant items, so that the recommendations can be implemented at the earliest possible opportunity. An Independent Review Committee is also being formed to examine the deeper reasons for the split in society. Everyone in Hong Kong has a responsibility to further the stable development of society and express demands in a peaceful manner, rather than resorting to violence, and finding fault with “police brutality” while opposing budget expenditure for the Police Force.