During this difficult time, both employers and employees should be united to combat the COVID-19 pandemic. Businesses that are able to take some respite having received funding from the first round of the Anti-epidemic Fund should keep their employees and not lay off any of them. 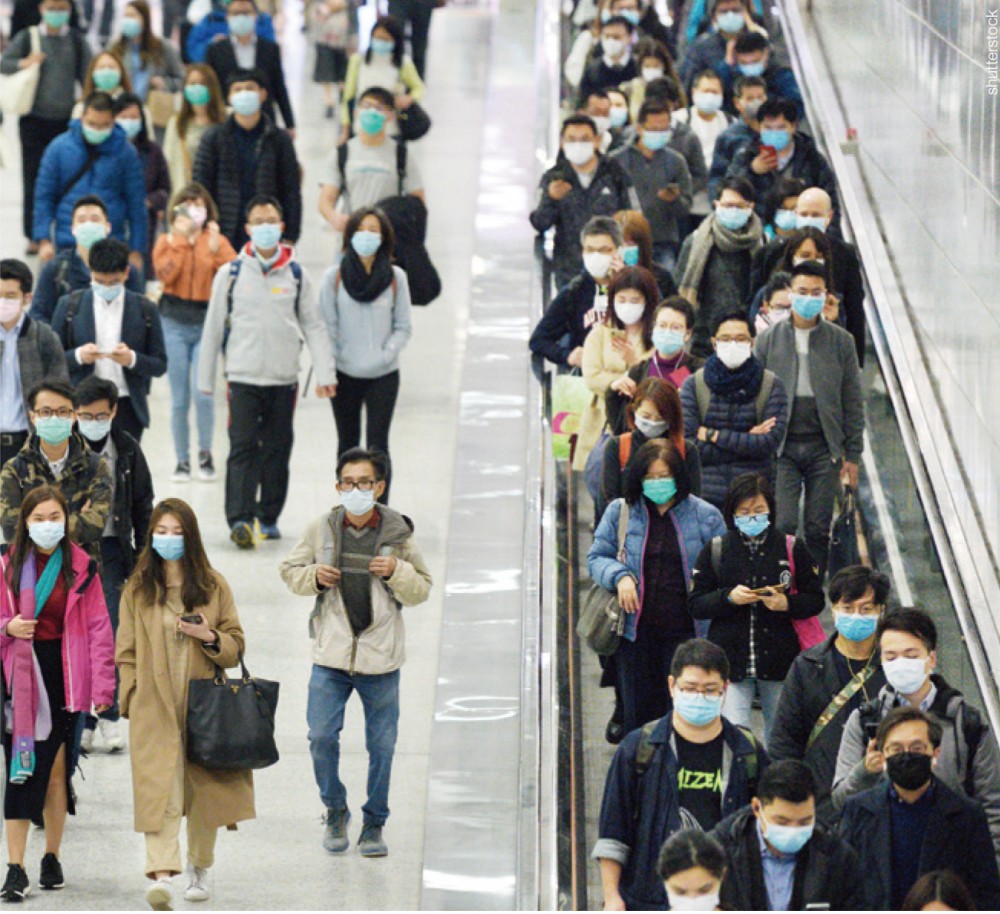 The Labour Day Golden Week beginning on 1 May normally not only is one of the most prosperous seasons for Hong Kong’s tourism sector, but also generates considerable sales for Hong Kong’s retail and F&B industries. However, the tourism, retail and F&B sectors were already struggling feebly for survival due to the Black Terror incident hitting Hong Kong in the second half of 2019. This, coupled with the overhang of the COVID-19 pandemic, made the situation even worse in the past few months, with the Labour Day Golden Week also losing its lustre.

Putting the loss of tourist numbers during the Labour Day Golden Week aside, last year’s Black Terror incident alone has dealt a severe blow to the tourism, retail and F&B sectors in Hong Kong. Many tourism events had to be called off, such as the Hong Kong Dragon Boat Carnival, Hong Kong Cyclothon, and Hong Kong Wine & Dine Festival. Coupled with the negative impact of the pandemic, the International Chinese New Year Night Parade which normally attracts a large number of visitors to Hong Kong and the Easter Long Holiday which is a high season for tourism, business conditions are not as prosperous as last year.

According to data announced earlier by the Hong Kong Tourism Board for the first quarter of the year, the number of visitors to Hong Kong fell below 200,000 in February, or an average of fewer than 7,000 per day. The situation was even worse in March. The initial number of visitors was only about 82,000, a year-on-year drop of nearly 90%. Visitors to Hong Kong fell sharply from an average of 3,000 to 4,000 per day before mid-March to about 300 per day in late March. The number fell to below 100 visitors per day by early April. Given the knock-on effect, the unemployment rate rose significantly by 0.5 percentage points in January-March 2020 to 4.2%, exceeding its nine-year high.

Surge in retrenchment is on the verge

Some sectors saw unemployment shot up to the peak level of 8.6% during the 2003 SARS pandemic, one of the most pressing concerns amid the pandemic. Previous forecasts suggested that overall unemployment in Hong Kong would rise to about 5%, and unemployment in the retail, hotel, food service and construction sectors would be worsened by the tourism sector’s difficulty in recovering in the short term. Over the past few months, the HKSAR Government has put forward many anti-epidemic measures to step up social distancing. Various industries are directly affected, with their business volumes falling dramatically. Many enterprises, especially SMEs, are at risk of closing down. Waves of wage reductions and layoffs continue to emerge and large-scale layoffs are on the verge of happening, which not only could result in massive unemployment, but also directly force many families into difficulties.

Faced with this unprecedented challenge, the HKSAR Government has launched two rounds of the Anti-epidemic Fund, including many measures to assist businesses, e.g. HKD80,000 to HKD200,000 subsidies for retailers, licensed food outlets and licensed travel agencies, HKD81 billion job retention and creation scheme that provides time-limited financial support for employers to help them retain employees that would otherwise be laid off, HKD800 million support for businesses to apply more technology, and the enhanced SME Financing Guarantee Scheme, with the aim of helping Hong Kong enterprises to continue operation and safeguard employment, thereby reducing the financial burden on businesses and members of the public.

The Hong Kong Monetary Authority also rolled out a series of measures aimed at increasing the banking sector’s liquidity and support SMEs in addressing cash-flow pressure, including halving the level of regulatory reserves to release a total of over HKD200 billion of lending capacity, as well as obtaining USD through repo transactions with the US Federal Reserve for lending to local banks to encourage them to deploy their liquidity buffers more flexibly to support lending. The several rounds of measures have released a total of about HKD1 trillion of lending capacity.

Property owners must tide over difficulties together with tenants

At the same time, shop or shopping mall owners must shoulder some responsibility. While the society as a whole is facing difficulties, they can no longer offer any excuses. Instead, they must respond to the Government’s call and proactively reduce rents to tide over the difficult time with their tenants.

As in the case of the first round of the HKD30 billion Anti-epidemic Fund, the Financial Committee of the Legislative Council swiftly held a meeting to discuss the second round of funding applications. However, unlike the Government’s arrangement to disburse funds soon after the Financial Committee approved the first round of the Fund in late February this year, the disbursement of funds in the second round will need some time for preparation, which makes it seem a slow remedy for employees who are at risk of being laid off at any moment.

During this difficult time, both employers and employees should work together to combat the pandemic in a spirit of solidarity. In particular, with the pandemic hitting the economy and job market severely, supporting businesses and safeguarding employment have become the consensus of governments around the world. In addition, Hong Kong’s economic recovery is expected to be more difficult and lengthier than during the 2003 SARS pandemic and 2008 financial tsunami. Businesses that are able to take some respite having received funding from the first round of the Anti-epidemic Fund, including those in the retail, food, transportation, conference and exhibition, licensed hotels, travel agency, and arts and cultural industries, should keep their employees and not lay off any of them.