As the epidemic is striking home from abroad, it is expected to wreak even greater economic and social damage. The HKSAR Government should make more financial preparations to stave off the bitter economic winter during the spring and summer months. 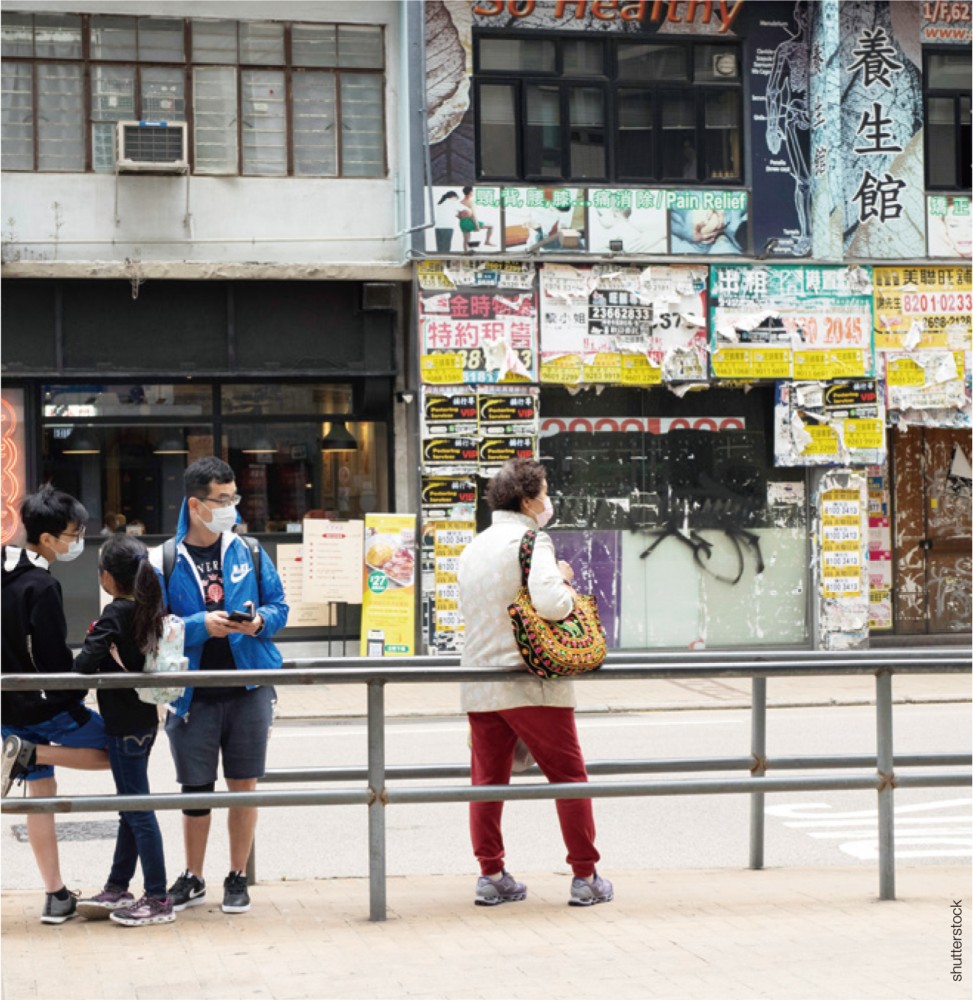 Hong Kong experienced China-US trade frictions and social unrest for the larger part of 2019, and the economy was already slowing. In the first quarter of 2020 to date, the world has been plagued by the COVID-19 pandemic. Hong Kong’s retail, catering and tourism industries have already been hit hard by unlawful violence, and the situation we face is growing worse as we are plunged into an economic ice age. Businesses have either shut up shop to prevent the spread of the pandemic, or else are shortening business hours, encouraging employees to take unpaid leave, and even going so far as to lay off staff and shut down their businesses altogether. Hong Kong’s economy has taken a precipitous fall, as though it has entered a dark tunnel with no end yet in sight. With dawn yet to break, the citizens of Hong Kong are grieving in their city.

The once bustling streets are now desolate and the shops of tourist districts lie empty. The pandemic has hit the tourism industry hard and it has had an immediate and direct impact on the retail industry. The number of visitors to Hong Kong in January 2020 was only 3.2 million, a drop of more than 50% from the previous year. February saw a 96% drop in visitor numbers from the previous year, and it continues to decline. The provisional estimated retail sales value for January published in March 2020 is approximately HKD37.8 billion, which is not only down 21.4% year-on-year, but is also down for the 12th consecutive month. In terms of retail categories, jewelry, watches, medicines and cosmetics have been the hardest hit.

Unlike the SARS epidemic in 2003 and the many previous financial crises, COVID-19 is highly contagious and citizens are required to stay in their homes as much as possible. Combined with the global pandemic, the movement of people across borders is now severely restricted. The impact on any industry involving close people-to-people contact and interaction between groups of people, such as aviation and hotels, is unprecedented. The impact of the epidemic on many industries is worse than that of SARS and the financial crises. It has gotten to such a stage that the global economy has been brought to its knees and a recession crisis now looms.

Reserves to the Rescue

The aviation industry has cut passenger flights and the number of freight flights has also reduced. Even if factories on the Mainland are able to resume work gradually, manufacturers will still face difficulties such as manpower shortages, and problems with material supply chains and transportation logistics, thus adding to the woes of local trade, logistics and related industries.

Hong Kong’s economy has already been devastated by China-US trade frictions, social unrest and the coronavirus epidemic. In an environment of economic downturn, demoralization and the cloud of the epidemic hanging over all, the HKSAR Government has announced a new fiscal budget proposal in the form of a HKD120 billion one-time bailout measure. Over HKD70 billion will be distributed in handouts of HKD10,000 to Hong Kong’s permanent residents aged 18 years or over – an extraordinary measure in light of the current social unrest and the severity of the epidemic. Faced with this major macroeconomic shock and even a recession, only by virtue of Hong Kong’s fiscal reserves in excess of HKD1 trillion is Hong Kong able to support its people in this way.

Earlier, the Census and Statistics Department released the Monthly Survey on the Business Situation of Small and Medium-sized Enterprises for February 2020. The current diffusion index, which indicates business receipts of various industries, dropped from 44.1 in January to 20.3 in February, a record low that reflects SMEs’ pessimistic attitude towards the business environment. More than two weeks after the budget was announced, the outbreak in Europe and the United States has grown faster than expected. Hit hard by the epidemic that is striking home from abroad, Hong Kong is experiencing further economic shocks, making it even more difficult for SMEs to operate. The question that people find particularly troubling is: How long will the epidemic last? SMEs need urgent support to sustain them.

The Budget proposes a 100% special guarantee under the SME Financing Guarantee Scheme, with a total credit guarantee commitment of HKD20 billion provided by the Government. The maximum loan per business is the sum of six months’ employee salaries and rents, or HKD2 million, whichever is lower, with a repayment period of up to three years. This measure will help SMEs to alleviate the difficulties they face in terms of capital turnover. The plan involves loans being undertaken by the Hong Kong Mortgage Corporation, which also pays loan handling fees and contribution management fees charged by the lender according to the loan, as well as recovery action expenses for defaulted loans. The Government should therefore urge lenders to approve loans quickly so that SMEs can obtain loans as soon as possible.

Investing in future is conducive to revenue

Though the Budget is generous in relieving people’s burden, it also reveals if there are any structural problems in the government’s finances, that is, if the growth of recurrent expenditure is too fast or exceeds the recurrent income. However, the Budget does not do much to increase revenues.

Moreover, the measures that the Budget uses with its fiscal reserves for economic and social development is just an empty gesture and is unsustainable. Investment in the future is conducive to future public revenue, and only by doing that will people's livelihoods and public expenditure be sustainable. While the epidemic continues, however, it remains unclear what new industry powerhouses Hong Kong has that could bring about an economic recovery, and which in turn could truly sustain the momentum of Hong Kong’s economic development and ensure that the Government has sufficient resources to deal with adverse situations in the future.

As the epidemic is striking home from abroad, it is expected to wreak even greater economic and social damage. The HKSAR Government should make more financial preparations to stave off the bitter economic winter during the spring and summer months.